The Old and The New – Ford Service in Geelong

We recently saw how much cars have changed over the years when we happened to have both a 1979 and a 2012 Ford Falcon Ute in the workshop at the same time. We are known for specialising in Ford Service in Geelong, and it was interesting to compare the two!

Geelong has been well known for its association with Ford over the years having been chosen as the place for their Australian headquarters in 1925. It’s long been a proud association and there was much despair when the company announced in 2013 that it would cease operations. Having been a large employer in the Geelong region with some 1,200 employees it hit hard when they closed down.  Brett had a connection with Ford himself having completed his apprenticeship at a local Ford dealership where he continued to work for many years. This was where he gained his specialist Ford knowledge.

The 1979 XD Ute was in terrific condition. It might not have been as shiny as the XR6, but she was gleaming all the same! The square edges have been replaced by sleek curves but overall the body size and shape is reasonably similar. Not so much so on the inside! The interior has obviously seen some significant changes and the luxury of the 2012 model is a big improvement! Mind you, the XD was still pretty comfy! The XR6 has all the bells and whistles of a late model vehicle whereas the owner of the XD unfortunately can’t listen to their ipod, make a phone call or ask for directions if they get lost! Whilst there are so many changes under the bonnet it was interesting to note that the engine size is basically the same and hasn’t changed much at all over the 36 years, with the XR6 having a 4 litre engine and the XD a 4.1 litre.

It’s nice to be able to appreciate the old and the new. Our mechanics have a thorough knowledge of Ford vehicles, making us a dealership alternative. We have long advertised as specialists in Ford service in Geelong and a large majority of our clientele are Ford owners. Whilst it’s not our only speciality, we can certainly keep your Ford in top condition. Contact us today and we’d be more than happy to help you! 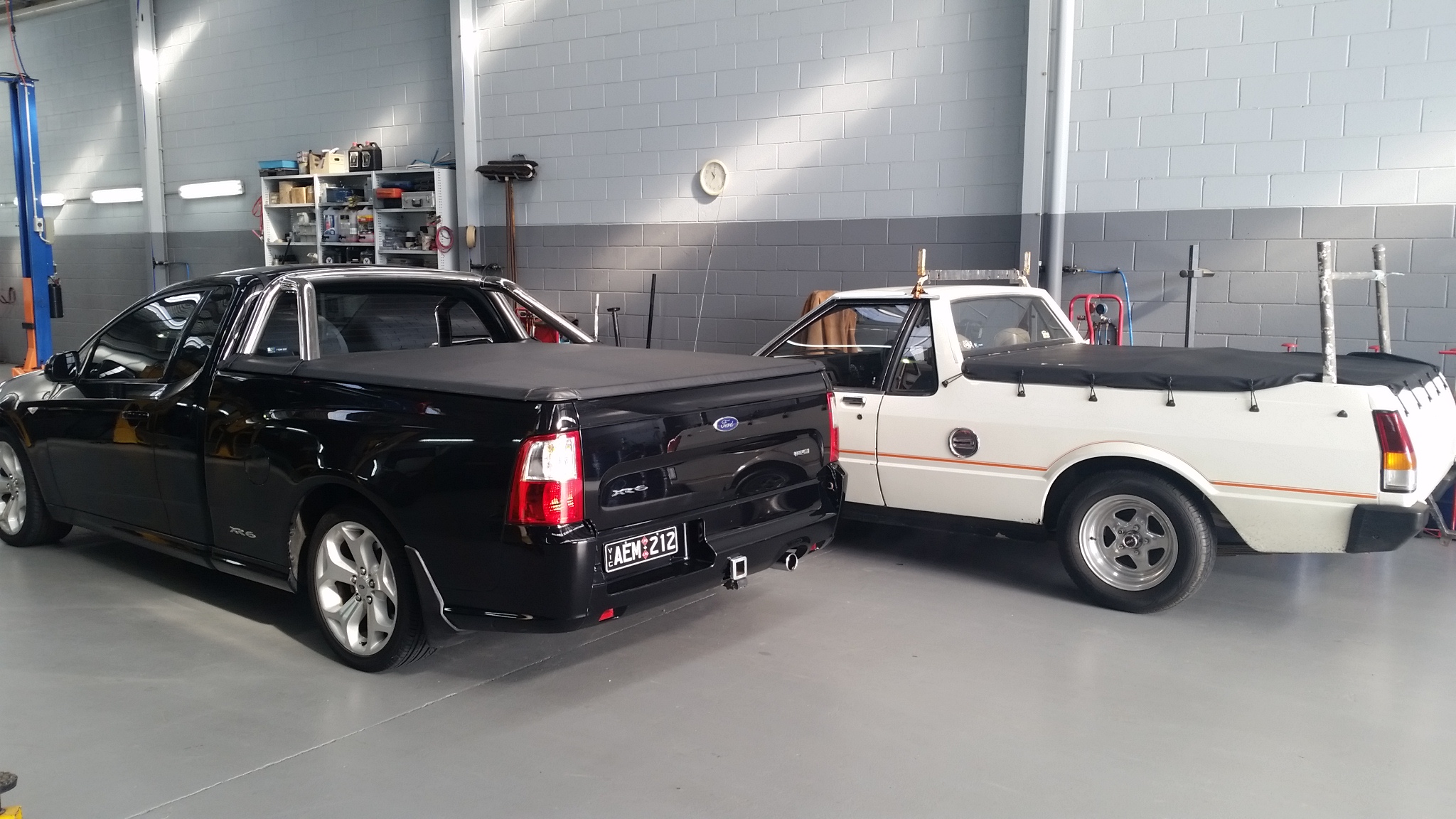 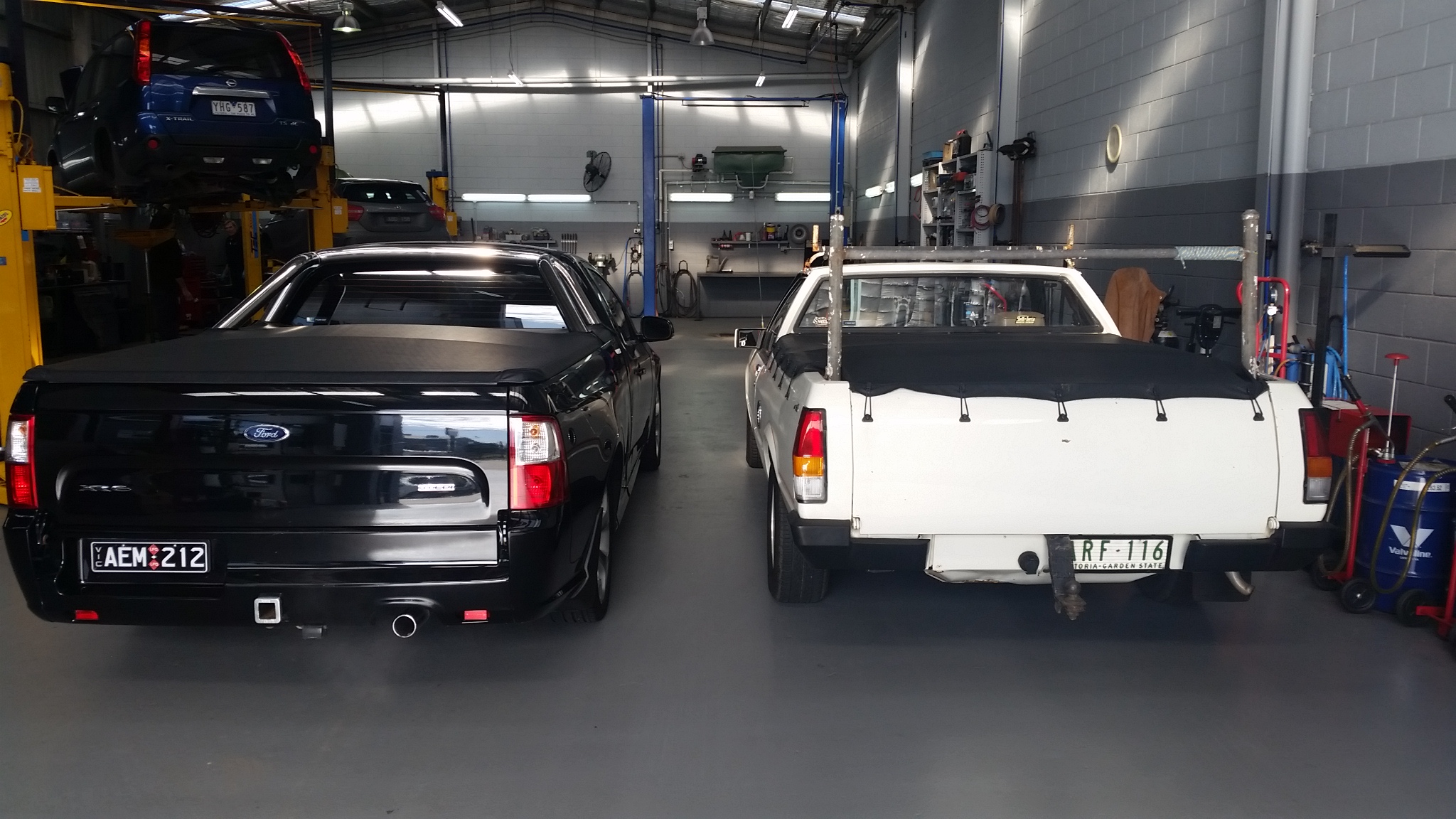 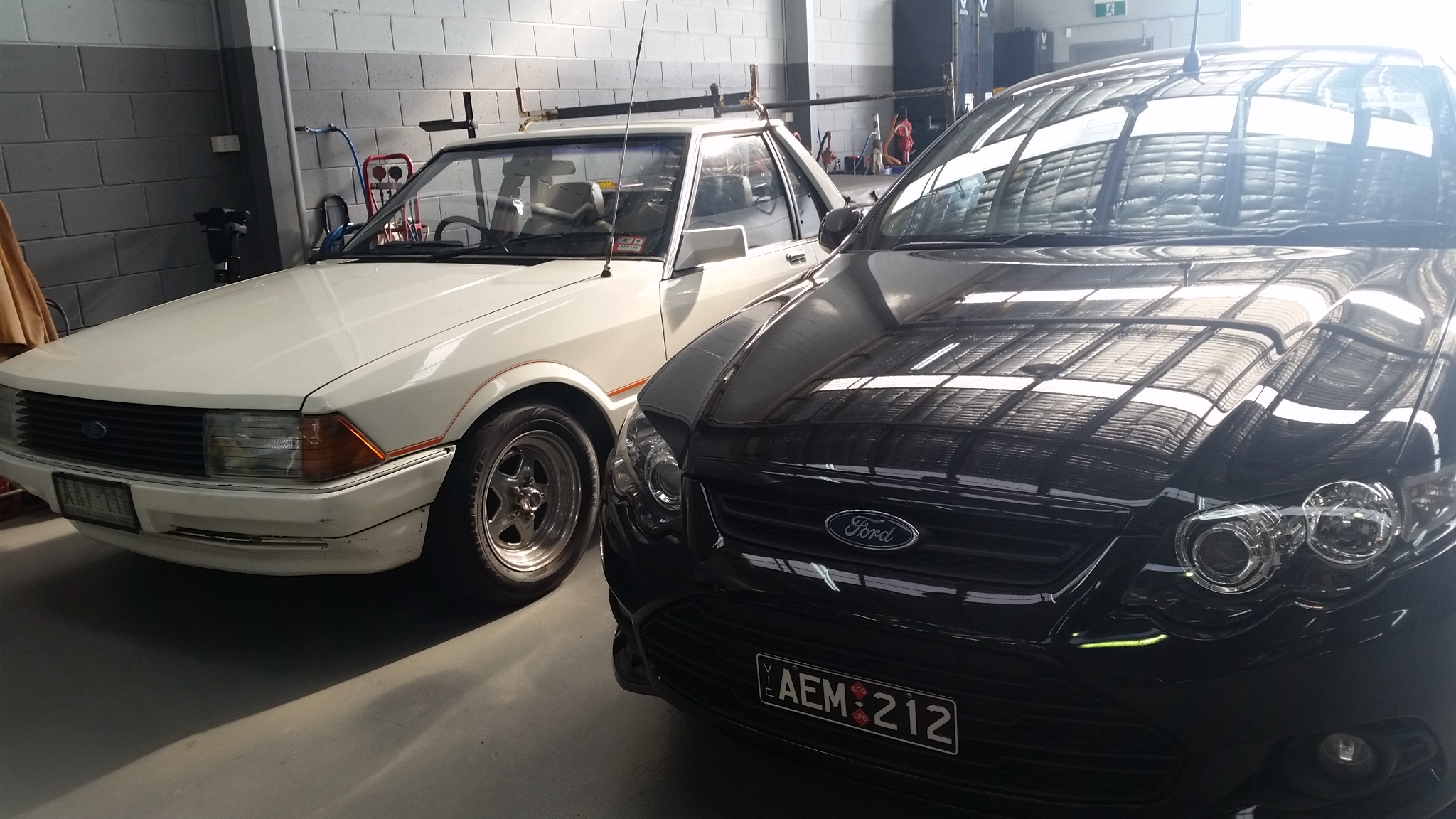 BJT Automotive
4.9
Based on 32 reviews

Darcy Kennedy
04:06 22 May 20
Having recently moved to the area I was delighted to have chosen BJT Automotive to service my car. Brett and the team... are highly skilled professionals and provide a customercentric service. They are clear about the steps they are taking and why, keep you informed at each stage of the process, and take the time to explain everything as necessary. A friendly and knowledgeable team that I couldn't recommend more.read more

Sam Dunbabin
01:33 14 Mar 20
Brett couldn't have been clearer in his advice when he serviced the car. Told me exactly what had been done that... service, what to do between service intervals, and future maintenance. Getting into the car, it was vacuumed, no sign of the service inside the car - it was like brand new. You can tell that Brett and the team care deeply about doing a great job, and as a customer you can't help but be impressed and appreciate that!read more

Graham Sutherland
23:22 10 Mar 20
Great service with a smile. Everything on the bill was explained for me and the cars been running like a dream

Rick Frank
04:48 25 Jan 20
Brett was friendly, explained what he had found and broke down the bill clearly. . Very clean shop and even vacuumed... the car!read more

Clinton Allen
10:08 08 Sep 19
Brett is the most genuine and honest mechanic (and good guy) I have comes across and short of leaving town this is the... only place I will take my vehicles in the future.read more

Peter Lehane
03:17 02 Aug 19
Being going to them for eight years and they have the most polite and helpful people....my car is always ready on time... and running well and only parts that need replacing are replaced...I highly recommend anyone looking for an excellent mechanic to give them a call...peter lehane.read more

Glenys Parslow
00:24 30 May 19
We are super impressed with the service we received from Brett and the team at BJT. My vehicle has one more year under... warranty, but we decided to get it serviced at BJT after reading the excellent reviews. Choosing BJT did not affect my warranty and the service was very thorough and professional. Brett's team picked up a tiny oil leak which he recommended getting checked under warranty at the dealership. This turned out to be the transfer assembly which will now be replaced under warranty at the dealership. The part costs around $3000 plus a full day's labour. Brett's careful attention to detail has saved us thousands of dollars. I would also like to note that Brett is very respectful to women. I went with my husband to pick up the car and Brett made sure to include me fully in all the explanations and decisions. We have no hesitation in recommending BJT and we won't be going anywhere else in future.read more

Tim Osborne
03:50 06 May 19
I would highly recommend Brett and his team to anyone. I am very impressed with their attention to detail and thorough... approach to vehicle servicing. I often rely on my vehicle in remote settings, the thorough approach undertaken by Brett and his team gives me confidence that my vehicle will be reliable and dependable. You will not find a more thorough mechanic in Geelong.read more

Brett Turley
04:44 12 Jul 16
Here is a customer review we received - thanks Narelle - "Hi Brett, Just a quick note to thank you for the service on... Monday 4 April. The 'going beyond' what is normally done for me in a service was noted. Your team's attention to detail and going the extra mile was very much appreciated. I was pleasantly surprised to find some things done I wasn't expecting out of a service but were a really nice touch. Thanks very much for a detailed service & have a great weekend!"read more
Next Reviews